Dyrham Park near Bath has some wonderful Dutch 17th century treasures such as van Hoogstraten’s ‘View of a Corridor’ which plays tricks on the eye. The stillness in paintings like this is a huge inspiration for my own work.

My kids are around a bit more than normal as, of course, school is out for summer. Yesterday we went to climb some hills and have lunch at the wonderful Dyrham Park near Bath. We often go there as it is fairly close by, has great views, a good cafe and we can go for a reasonble walk or wear ourselves out going up and down some pretty steep hills.

It also happens to have a wonderful house in the middle of it all, built around 1700 by William Blathwayt (1649-1717), a civil servant who served in The Netherlands and spoke Dutch, he became secretary of War for James II and had a big role in the control of import-export from the colonies, a position he used to acquire an enormous amount of goods to furnish his house at Dyrham. 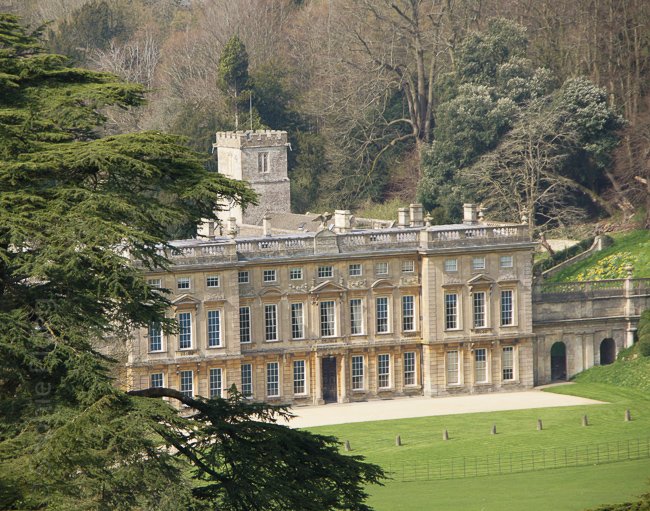 Blathwayt had status, money and a love for all things Dutch. He married a heiress with the Dutch sounding name Wynter (an English naval family with an ancester who sailed with Francis Drake in 1577), but while Mary died soon after the marriage, William was left her estate which included Dyrham Park. William hired architects to rebuild most of Dyrham, one of whom was the famous William Talman, pupil of Sir Christopher Wren and well-known for designing Chatsworth House in Derbyshire. Blathwayt built extensive gardens and filled it with exotic plants, and his house with expensive art and objects.

Although the history of the design of the house and gardens are very interesting, what is inspiring today, for me, is William’s love of Dutch art. He filled his house with Delft Blue china, furniture and, of course, paintings. One of the treasures is a floral still life by Cornelis de Heem which has very recently been bought back to hang at Dyrham again after an absence of nearly 60 years. It is now back where it belongs (although the volunteer at Dyrham could not tell me whether it is known where it originally hung in William’s time). The beautiful floral painting is hanging in a darkened room full of fragile tapestries so if you want to have a good look at it, I suggest you visit the wonderful National Trust blog for some high-resolution pictures.

Another Dutch masterpiece at Dyrham is Samuel van Hoogstraten’s trompe l’oeil ‘View of a Corridor’ (high-res image here) which, at 260cm high, is a life-sized vista into an imaginary Dutch home. It is a masterpiece of trompe l’oeil effect: you can be forgiven for thinking, even for a moment, that the corridor is really there.  The scene is wonderfully Dutch: the black and white tiled floor and the lovely light streaming in through a window, slightly obscured by the stairway and wall. We can see, as in so many Dutch interior scenes, a lot of activity in the painting. Two men and a woman talking (what is going on there?), a cat, a bird in an open cage (sexual modesty has flown?) and in the foreground a dog (often symbolising marital loyalty). A broom casually left in the corner also refers to the household duties of the wife (which were perhaps neglected), a motif often seen in the paintings of Vermeer for example. There seems to be something going on relating to the marital duties of the lady of the house who might well be in trouble. Sculpted busts decorate the doorway, and sculpted putty the archway through which we look.  We might have just hung up the key on the right after opening the door and being confronted with this scene. This consists of a view through three spaces: the hallway, a room where the people are sitting, towards the back room with a red tiled floor and a fireplace. Paintings and maps decorate the walls and indicate wealth and worldliness. A (love?) letter is casually dropped on the bottom step of the stairs. The painting is a wonderful exercise in the use of perspective and the ever so popular trompe l’oeil effects for which Hoogstraten was famous. The work is full of hidden symbols, so popular in Dutch still live paintings, such as the bird, the dog, the letter and the key. What could it all mean?

The painting is placed wonderfully at Dyrham House, although a tad far back from the visiting public so you cannot study it very closely, at the end of a corridor, taking full advantage of the illusion created within the picture.

“Introduction to the Academy of Painting”

What is not explained at Dyrham house, however, is that Samuel van Hoogstraten was not just any Dutch painter whose works made it into England in the 17th century. He happened to be the author of one of the most widely read, quoted and influential books on painting in the Dutch 17th century. He wrote and published the ‘Introduction to the Academy of Painting, or the Visible World (original title: ‘Inleyding tot de hooge schoole der schilderkonst: anders de zichtbaere werelt’, Rotterdam, 1678), the first book on painting since the slightly more famous book on painting by Karel van Mander from 1604.

Van Hoogstraten was a pupil of Rembrandt, a poet, courtier and traveller. He ran the local mint in his home town of Dordrecht but is now considered as one of the central figures in the Dutch Golden Age of painting.  His book gives us a wonderful insight into the way Dutch 17th century painters were painting, which techniques they used and how perspective was applied. As is shown in this huge painting, the book pays a lot of attention to perspective and how it can be used to deceive the eye. It is wonderful to see one of his fantastic trompe l’oeil scenes in a 17th century contemporary setting, well loved and cared for by the National Trust.

Works like this inspire me when I paint my own works. Although I have an art historical interest in the works I also just enjoy seeing it,  enjoying the quietness, realism and colouring of Dutch 17th century paintings.  Although famous interior scenes of Dutch 17th century art are often full of details (with or without for us hidden meanings) the paintings ooze a stillness that I find particularly appealing. In my own work I like to show the beauty of things or people by putting it or them, so to speak, in a quiet space. My Two Cushions are just simple everyday objects, placed on a table. Sometimes there is beauty to be found in simple quiet moments. My portraits aim for the same effect. My recent portrait of Nelly was partly inspired by the quiet portraits of Hoogstraten’s contemporary Ter Borch who used a lot of empty background space around his portraits. It gives the paintings a silence and still character which I love.

The Lace Trail in Blog Posts

The Lace Trail in Blog Posts