Soft and lush, rich and deep colours; velvet is and always has been one of the most gorgeous and tactile fabrics around. It has been used for drapery, table covers and clothing for centuries and hence we can find it in portraits and paintings throughout art history.  As I am currently painting (or trying to at least!) velvet I thought I give myself some inspiration and seek out the best velvet in my image collection of 16th and 17th century art. Here’s my top twelve:

It is interesting to paint velvet. The light falls and plays on it so differently than any other fabric. The sheen is so recognisable. It is very hard to photograph and so best painted from life (try to keep a fabric still life untouched with a puppy and two children running around!). I’ll let you be the judge of whether I succeed or not, once my paintings are finished. (here is an example of an older work where I painted velvet)In 16th and 17th century paintings it is sometimes hard to recognise velvet. Black velvet especially is so deep and dark that the sheen is lost and we cannot tell what kind of black material is depicted in a painting. In the examples below I have chosen the ones where it was clear that the material is indeed velvet. I must admit I was expecting many more examples in my database and doing some online searches I could not add much to what I already had. Perhaps velvet was not as common as silk and brocade in clothing after all. I will assume that the sumptuary laws of the 16th century had something to do with that: only people ranking as high or higher than earls were allowed to wear red velvet…..

All images below are small details of much larger paintings. I have ordered them chronologically. Do make note of the year and see how the painting of velvet has developed from very realistic and exact, to more subtle and detailed in some Dutch examples, and more painterly towards the 18th century. 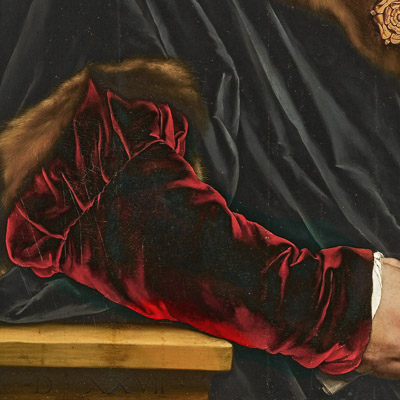 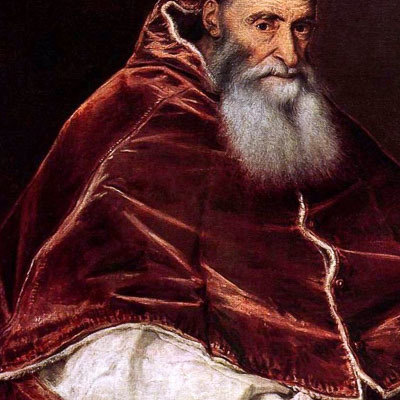 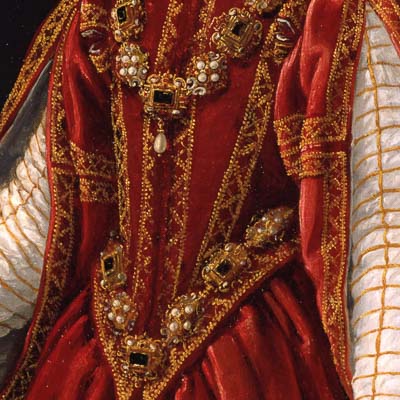 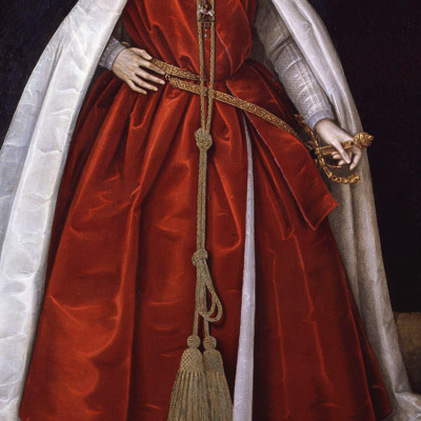 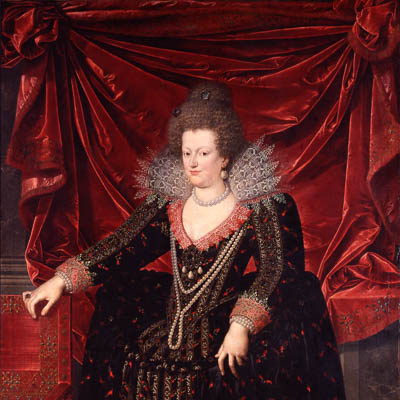 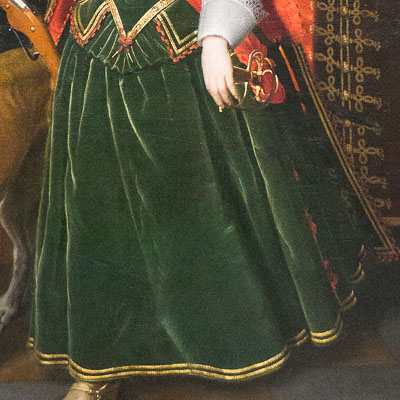 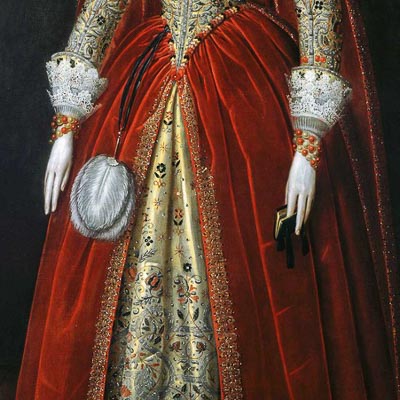 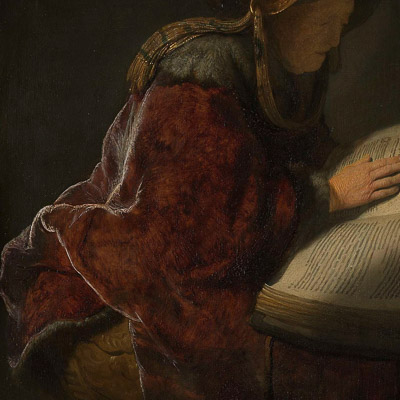 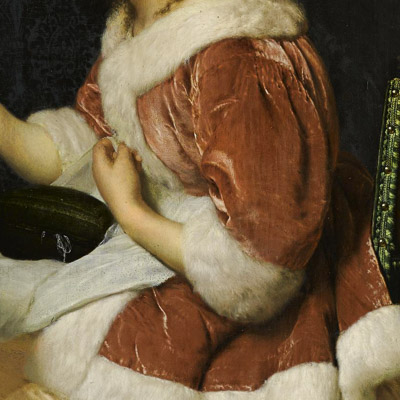 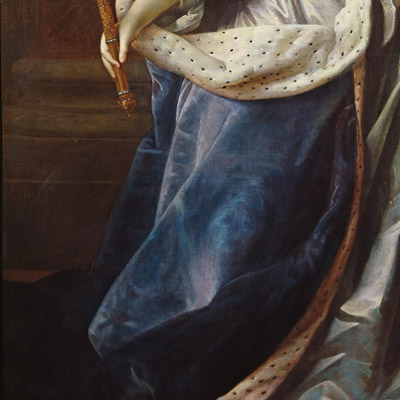 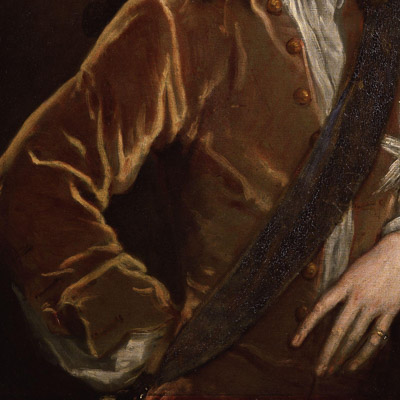 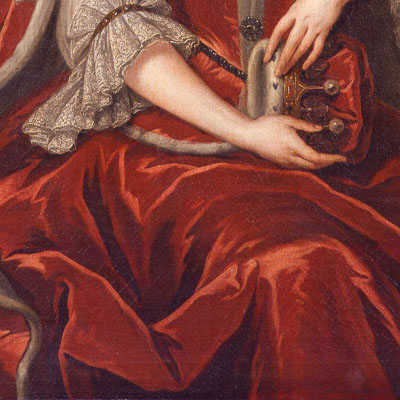 Jonathan Richardson, Portrait of Anne Hatton, Countess of Winchilsea,c. 1726, Oil on canvas, 125.1x101cm. National Portrait Gallery London.
I hope you find these painted velvet examples beautiful and interesting. I would love to hear your suggestions. Do you know any great painted velvet examples that I have missed? Write it in the comments below.