Wonders of the Mauritshuis

Yesterday I visited the Mauritshuis in The Hague, The Netherlands. I had only been in the Mauritshuis once before, many, many years ago. In 2014 the Mauritshuis re-opened after an extensive 2-year refurbishment. I had been keen to visit ever since. Some of the most precious treasures of Dutch 17th century painting are housed in one of the most beautiful buildings in The Hague. The Mauritshuis collection features the famous Girl with the Pearl Earring by Vermeer, works by Rembrandt, Holbein, Van Dyck, Rubens, Potter, Frans Hals and many more old masters. Many museums would be thrilled to have just one or a couple of those masters in their collection but here there is nothing than highlight after highlight.

The building was designed as a residence for Johan Maurits, prince of Orange and  governor of Dutch Brazil. He hired Pieter Post and Jacob van Campen to design the building, two of the most prestigious  architects in The Netherlands. Both were involved in some of the most important architectural works of the time such as the royal House Ten Bosch and the town hall of Amsterdam. The Mauritshuis was finished in 1644 and took a long time to build. The long building period was partly due to Johan Maurits’ numerous visits to Brazil and the apparent lack of urgency.  He lived in the house from 1644 to 1647 after which he moved to Germany to become stadholder of Cleef. The building is one of the most beautiful examples of Dutch Classicism in The Netherlands.

After the death of Johan Maurits in 1679 the house was used as government offices. A fire destroyed much of the interior in 1704 which was rebuilt between 1708-1718. The interior does feel much more 18th century than the exterior of the building. Since 1822 the Mauritshuis has been a museum.

In 2012 a major refurbishment started, which included a basement floor which continues under the street and connects the Mauritshuis with the building across the street. The basement houses the  museum shop, wardrobes and ticket sales desk. The basement level leads to the building across the street where the museum restaurant and exhibition space are located. In 2014 the museum re-opened its doors to more than half a million visitors a year. Many of them come to see the enigmatic Girl with the Pearl Earring or The Goldfinch by Fabritius but the museum has plenty more in store. 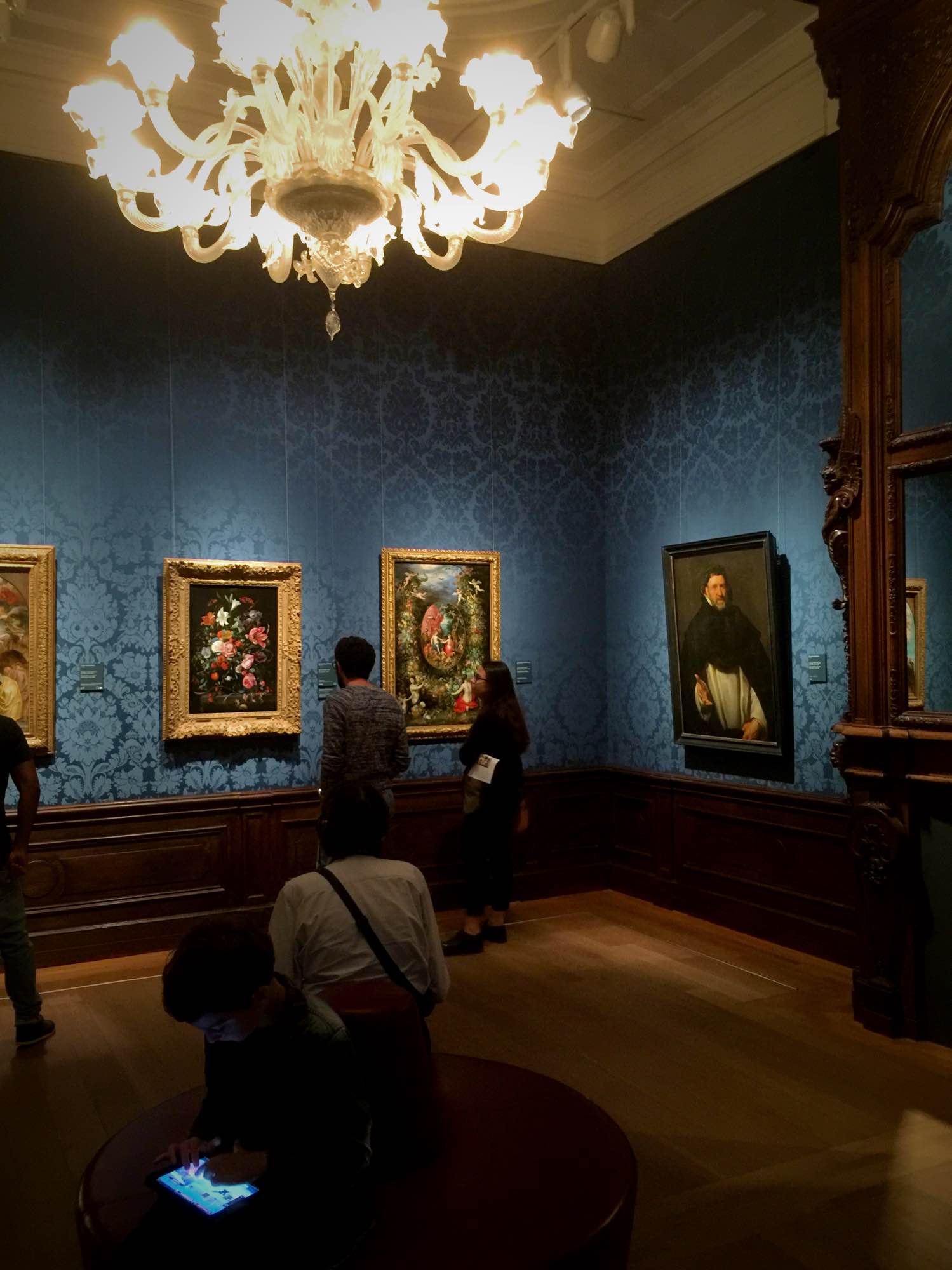 I did not come to see those two paintings but was looking forward to the Rembrandts, Holbeins and many Dutch masters. Despite it being a Sunday afternoon in the middle of the summer, it was not too busy and there was plenty of space and time to wander around.  It is a charming museum, just because it is so small. As a house it would clearly have been huge but as a museum it has all the charm because of its homely small scale. I can imagine that huge crowds could make it quite claustrophobic as the rooms are small and the paintings too. But I believe they do cap the number of visitors allowed in. My visit was very pleasant indeed.

I found inspiration in the overload of gorgeous sumptuous painted fabrics by painters such as Ter Borch and Hals. The Dutch 17th century painters were such masters at depicting the textures of various fabrics. 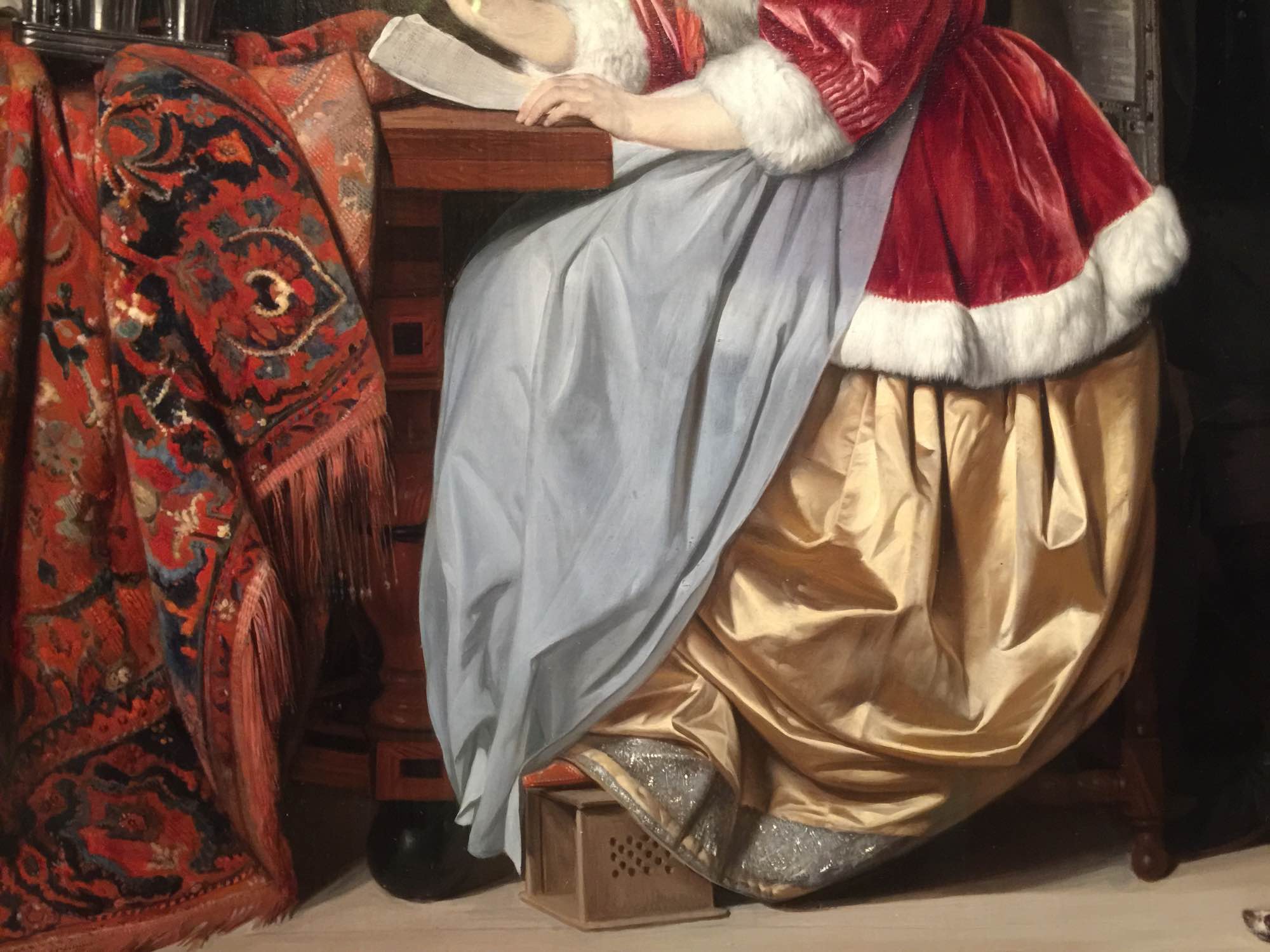 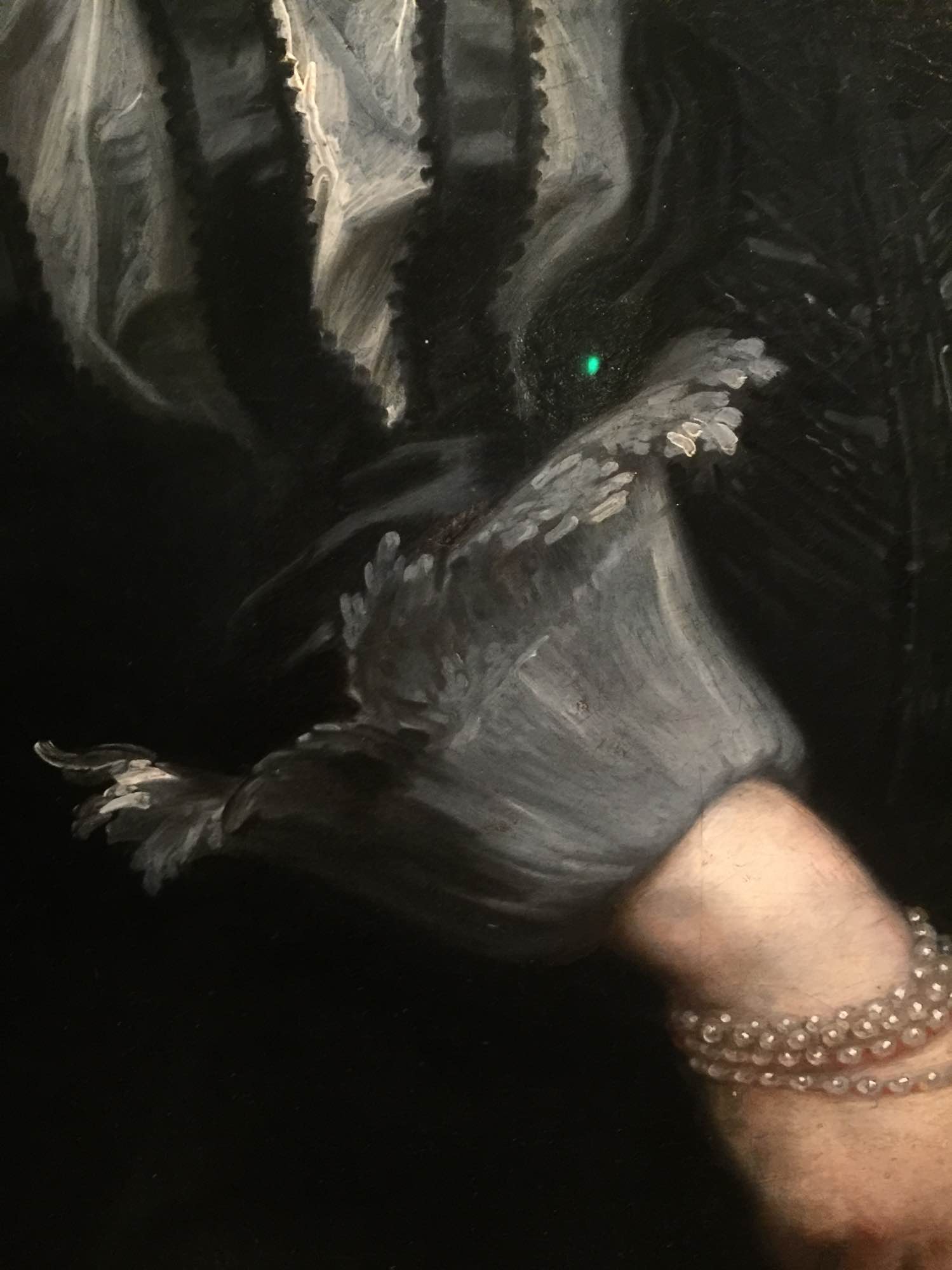 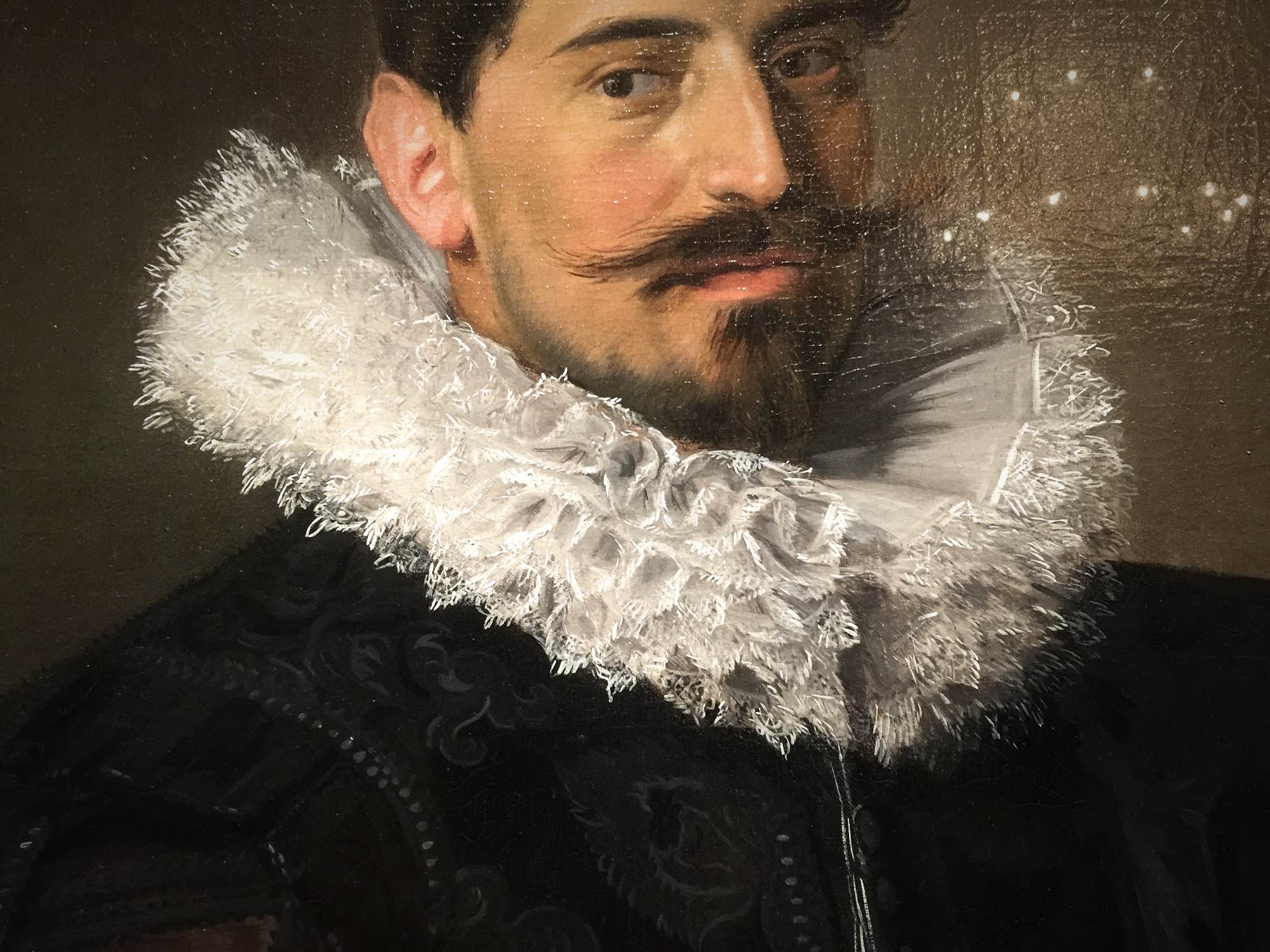 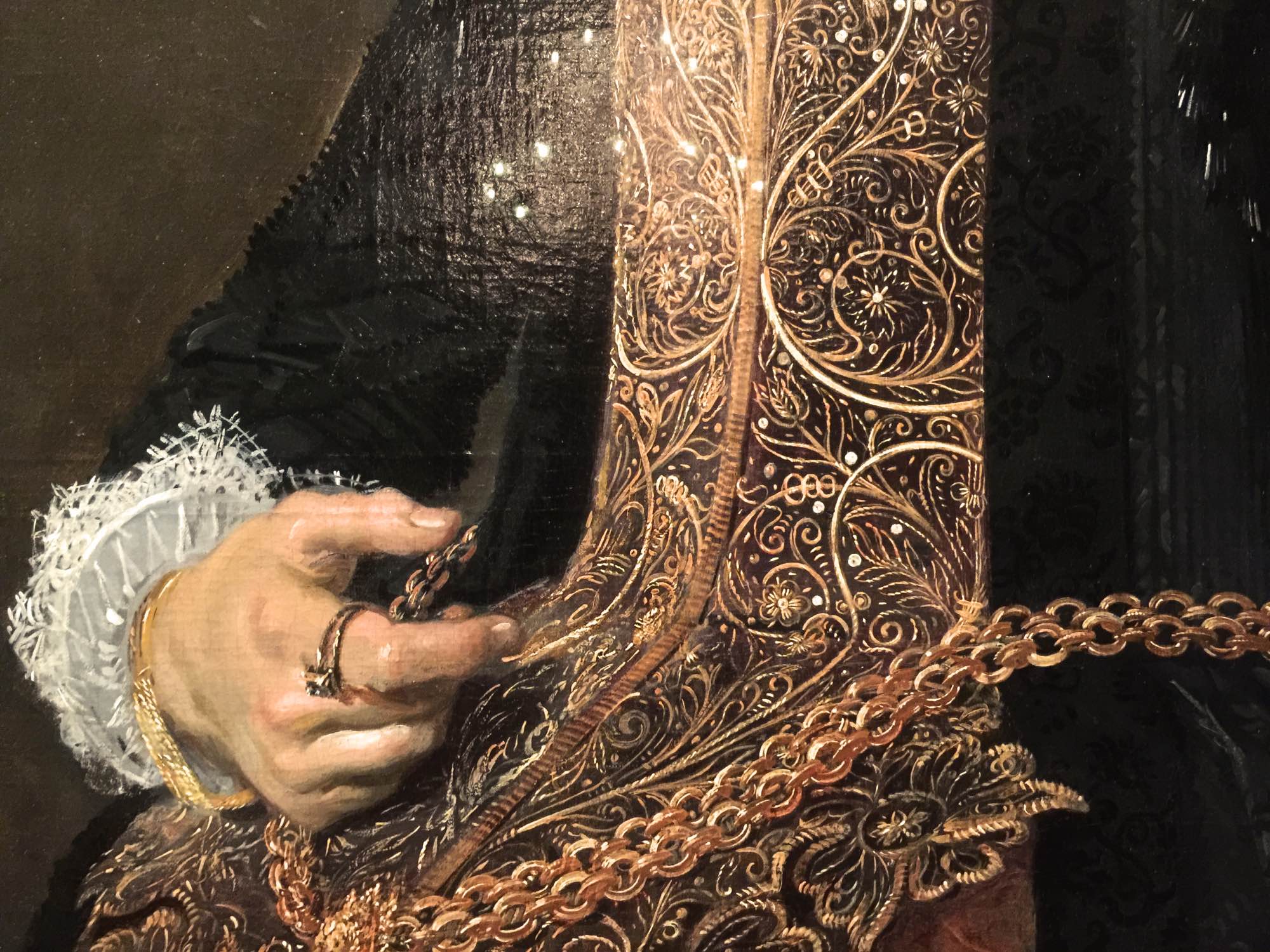 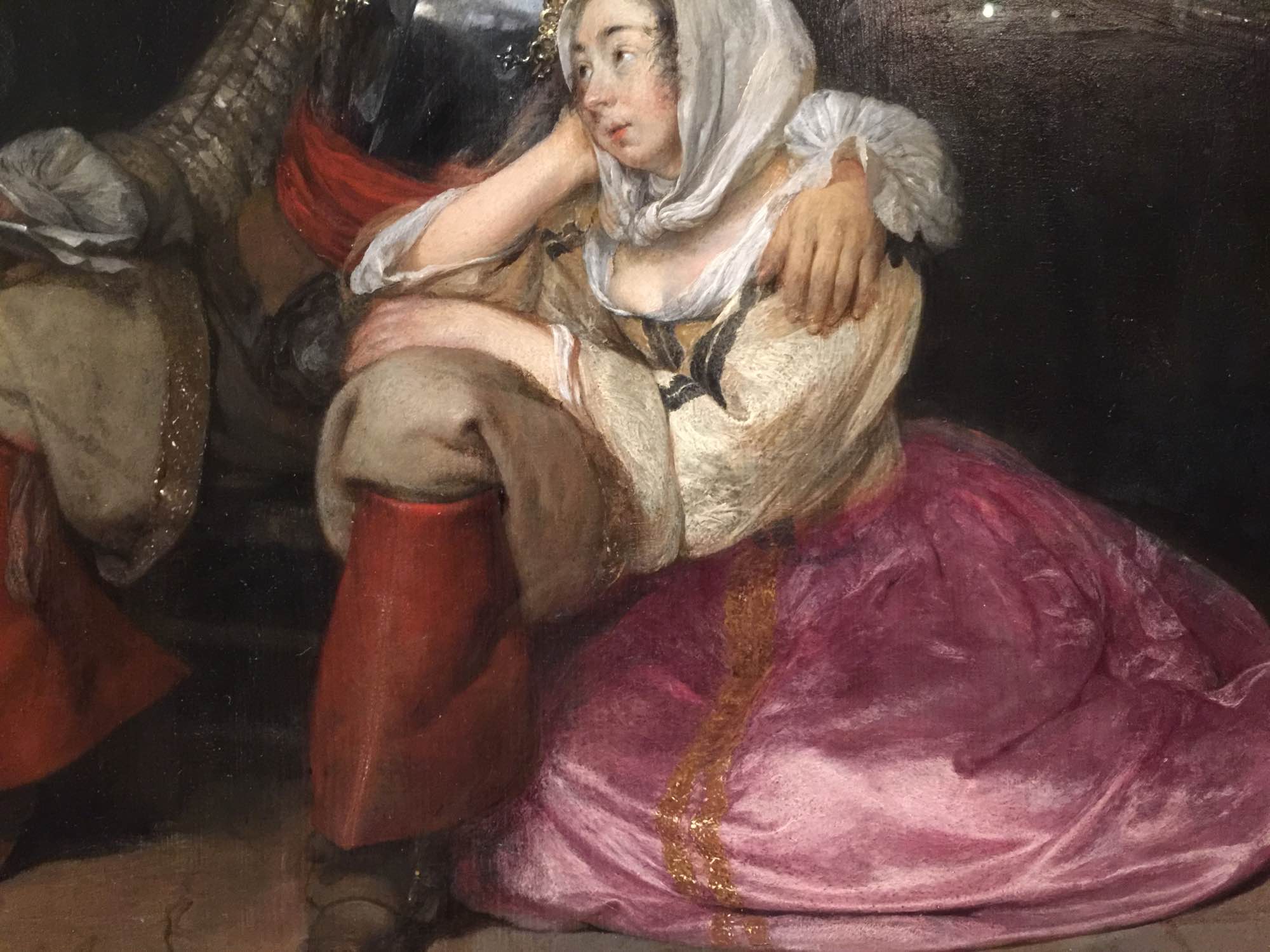 For portraiture too, the museum offers a wealth of inspiration with masters from Germany, Belgium and The Netherlands from the 16th and 17th centuries. The mood and life these faces evoke is just mind blowing.  It is amazing to see how so many people are mesmerised again and again by something so seemingly simple as ‘coloured mud’ on a support. Painting can truly become magic in the hands of a magician. These were some of my favourites: 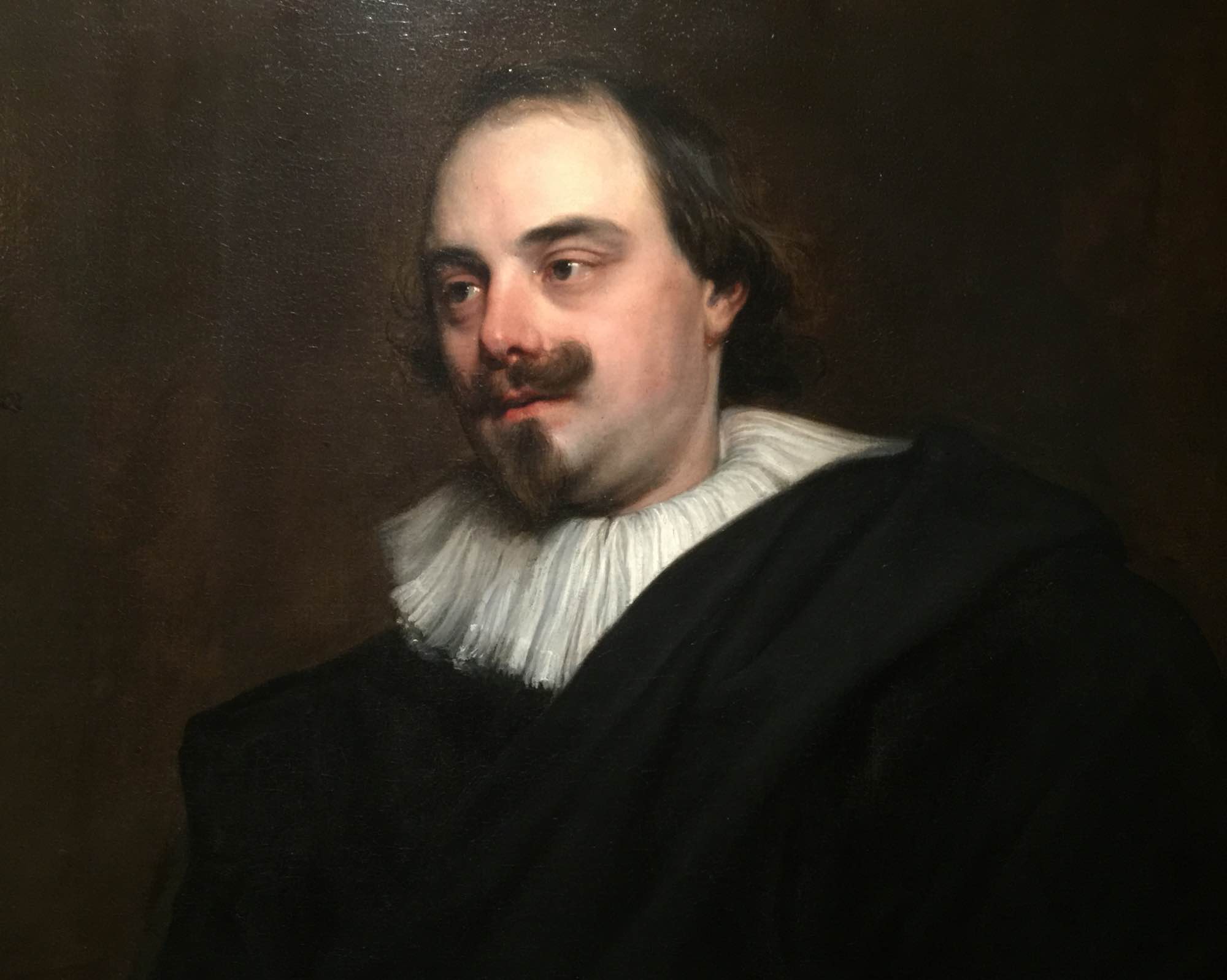 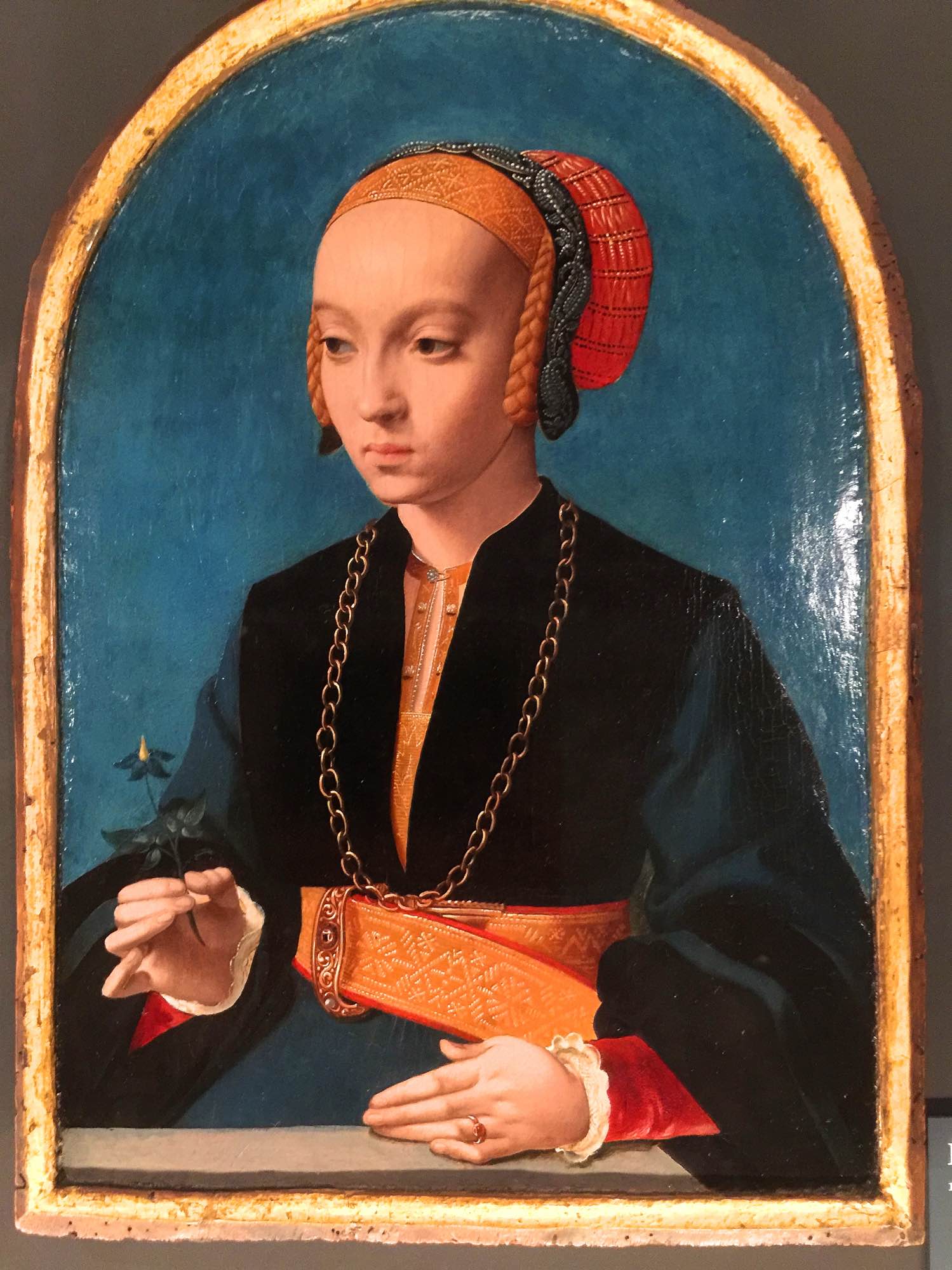 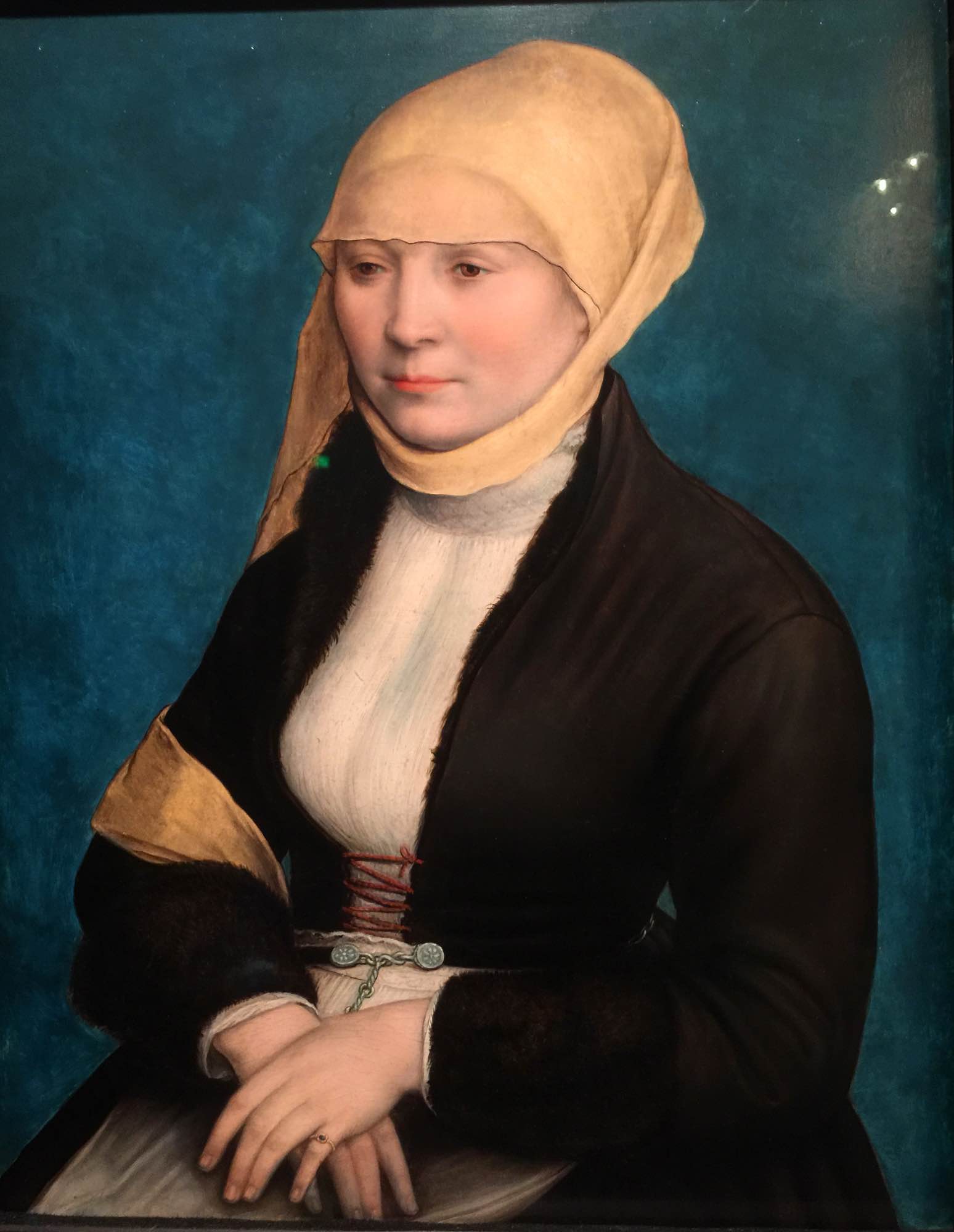 Hans Holbein the Younger, Portrait of a Woman from Southern Germany, c. 1520-25 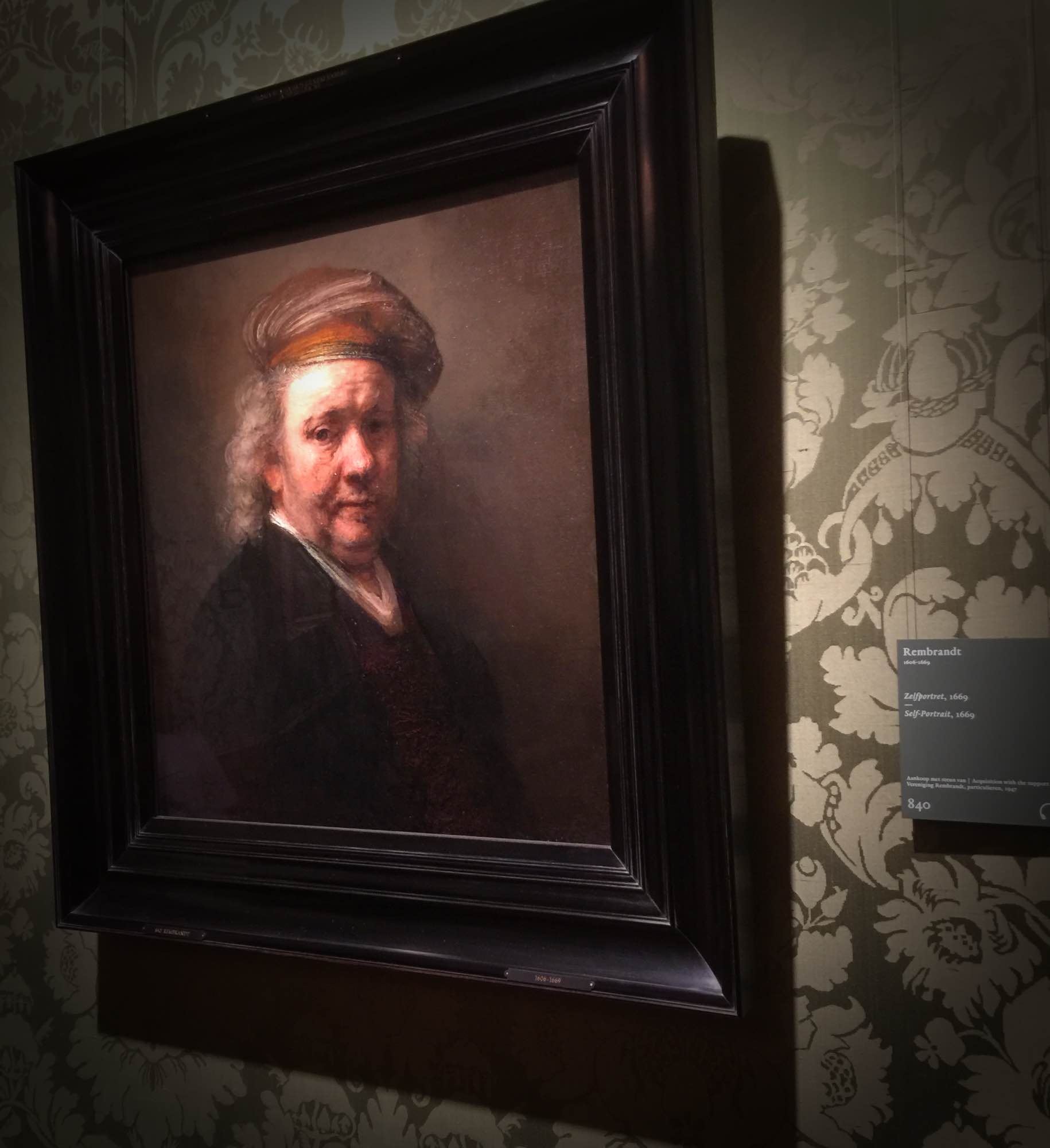 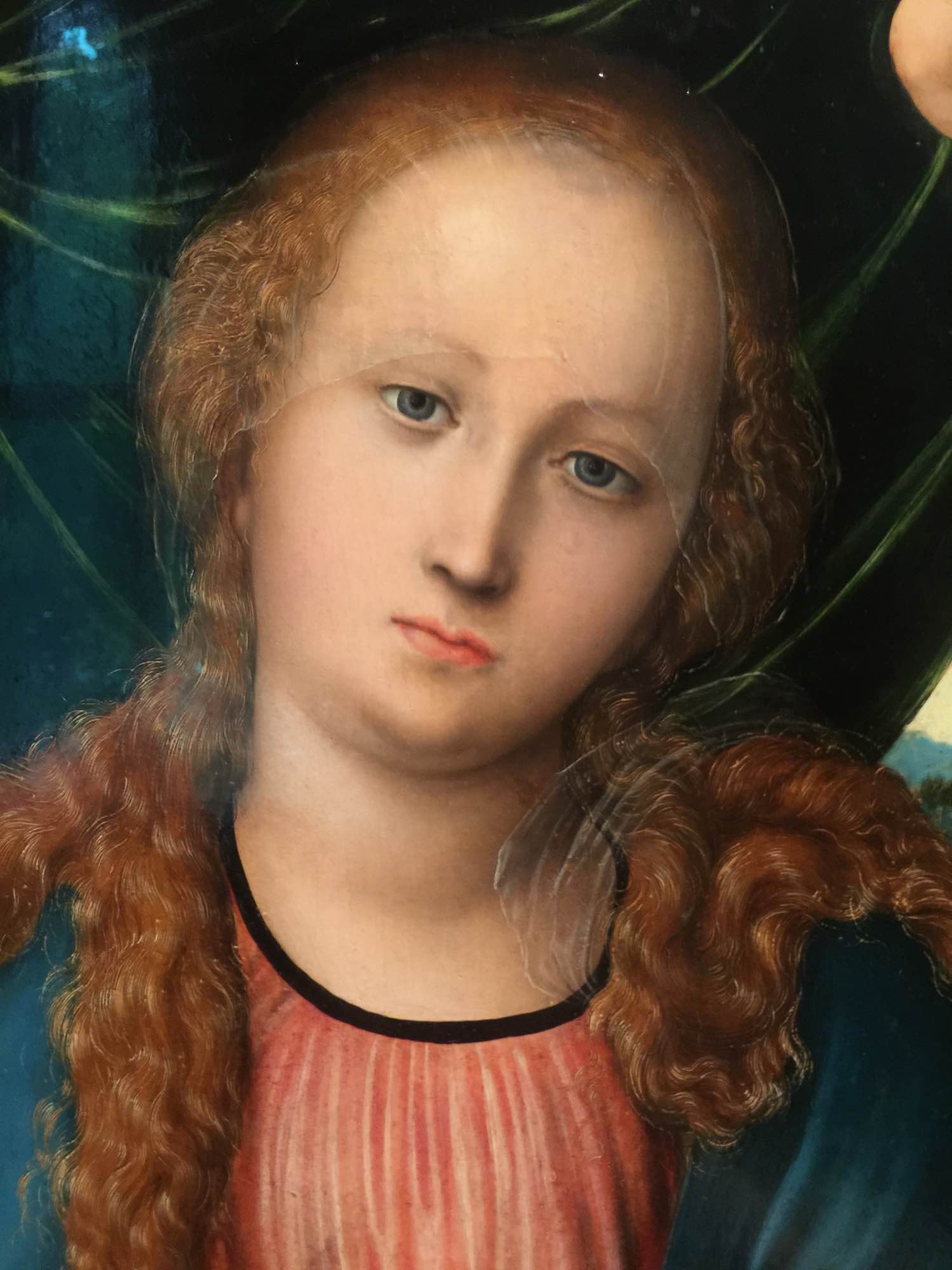 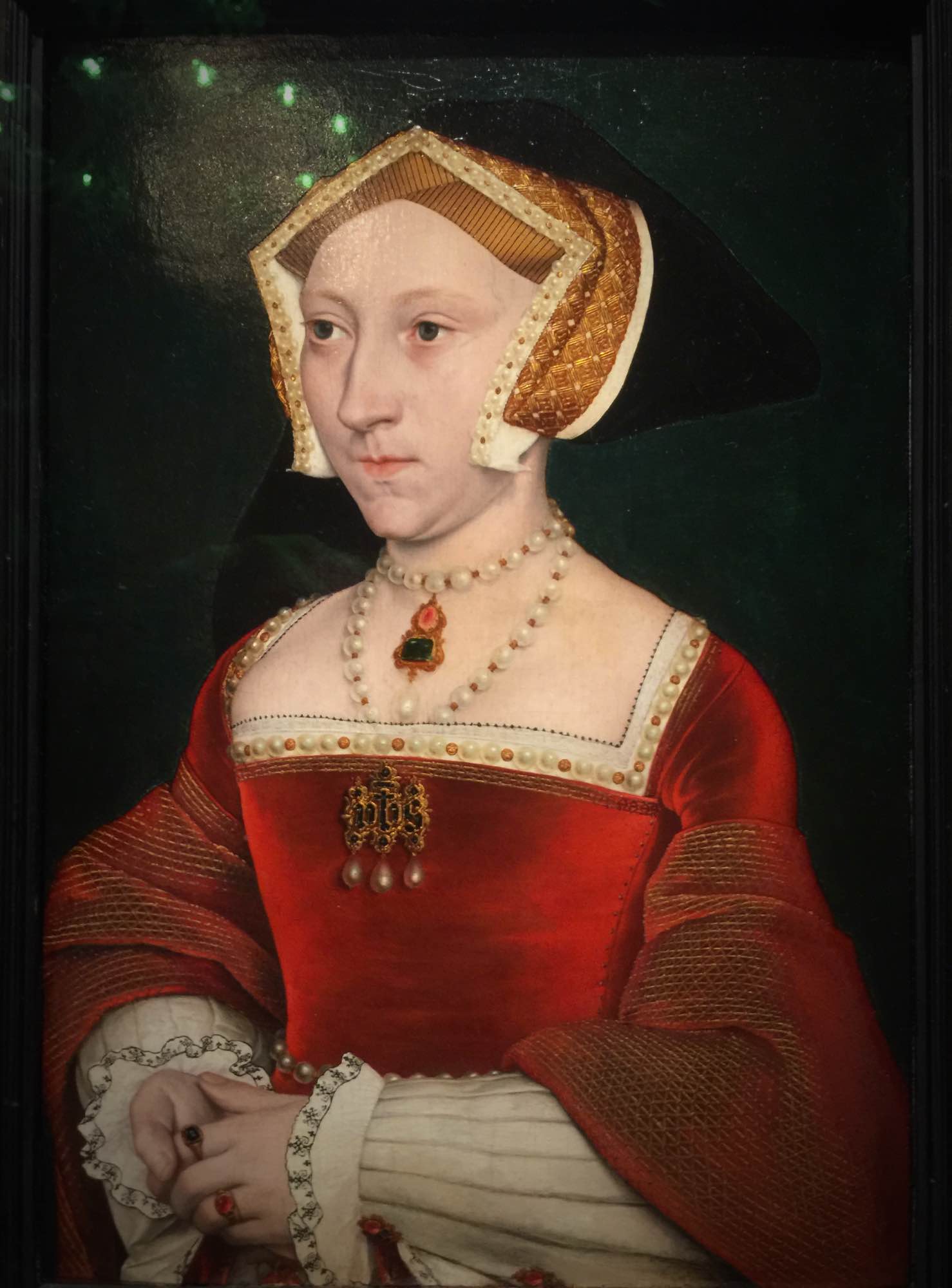 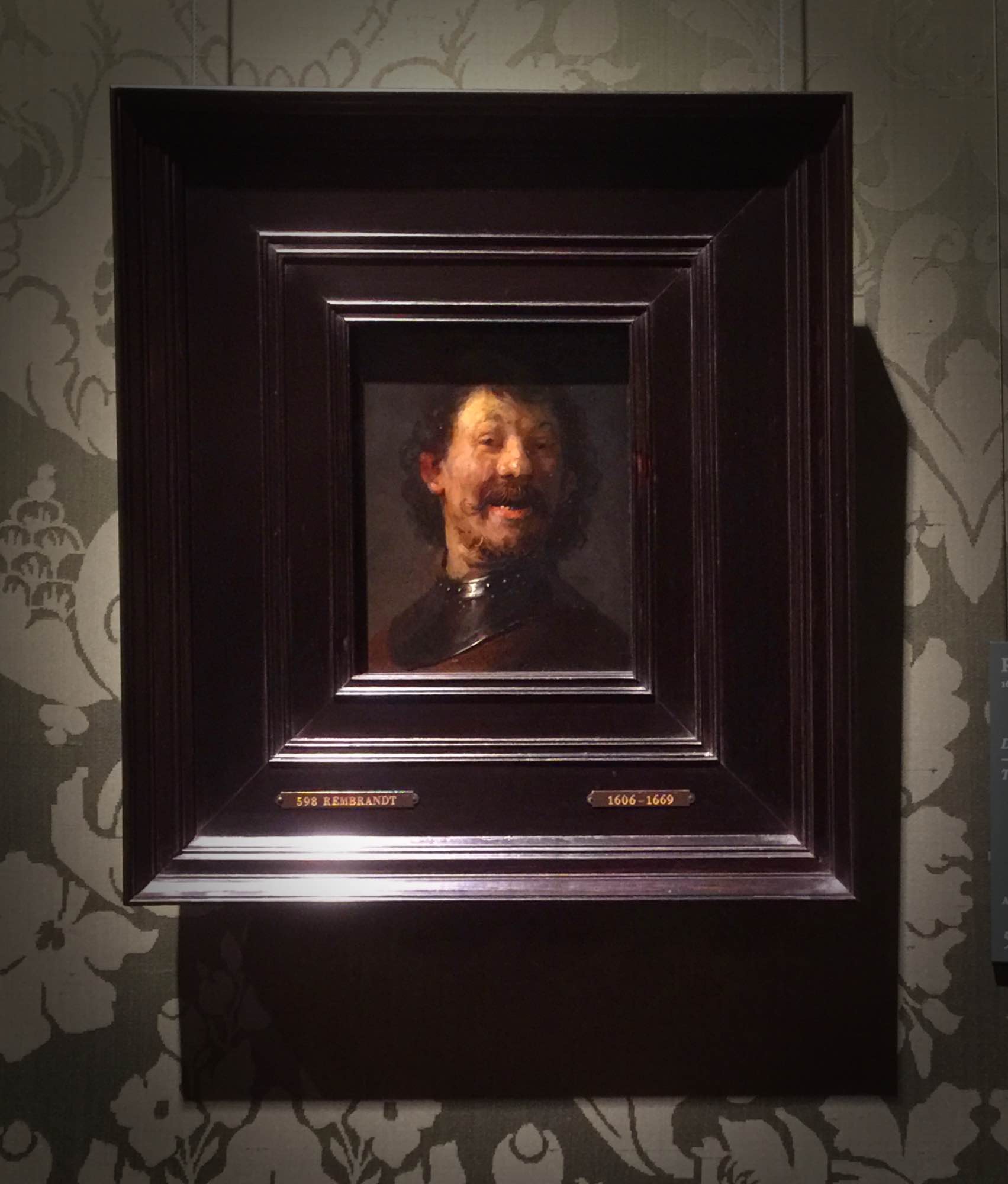 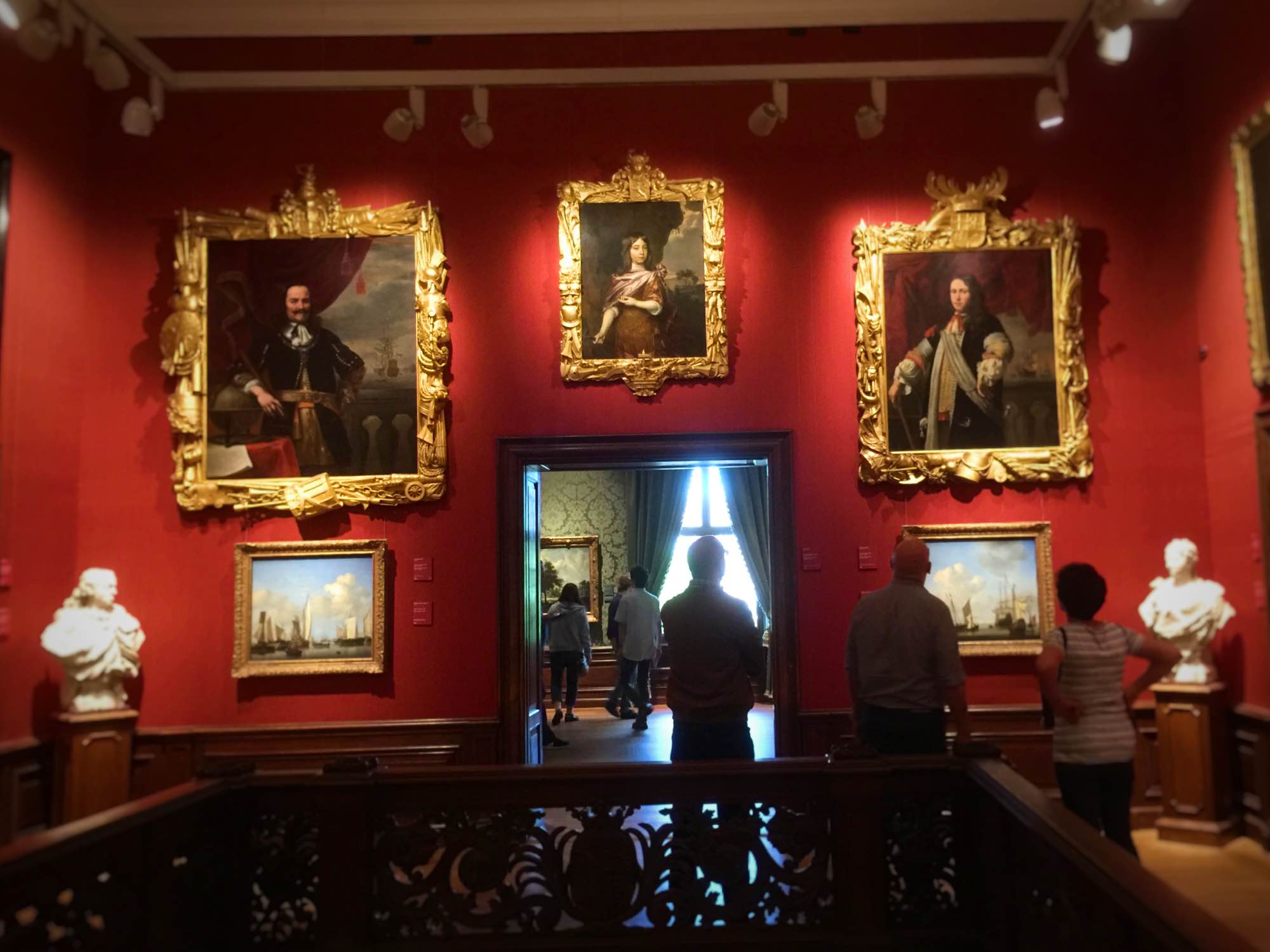 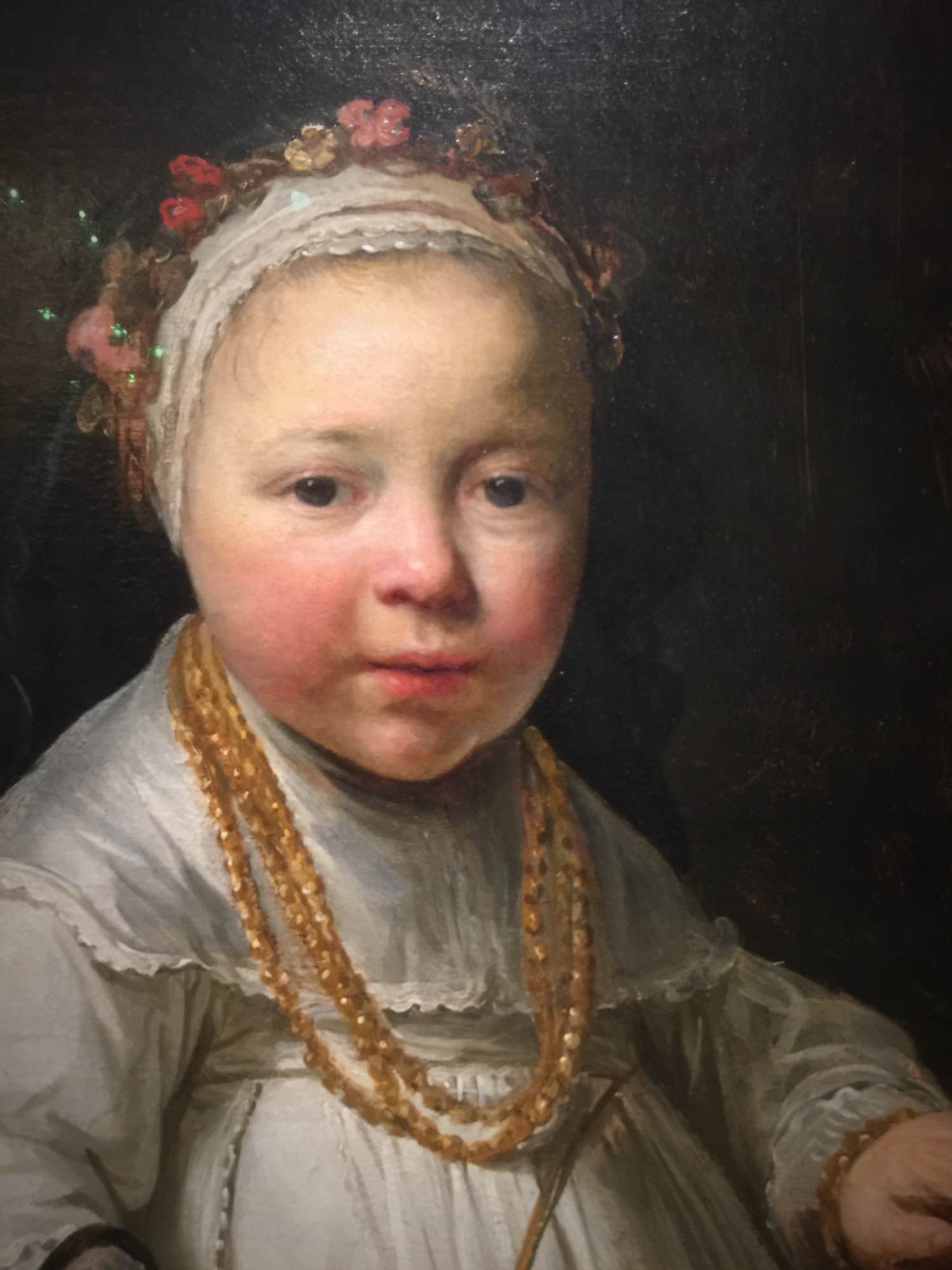 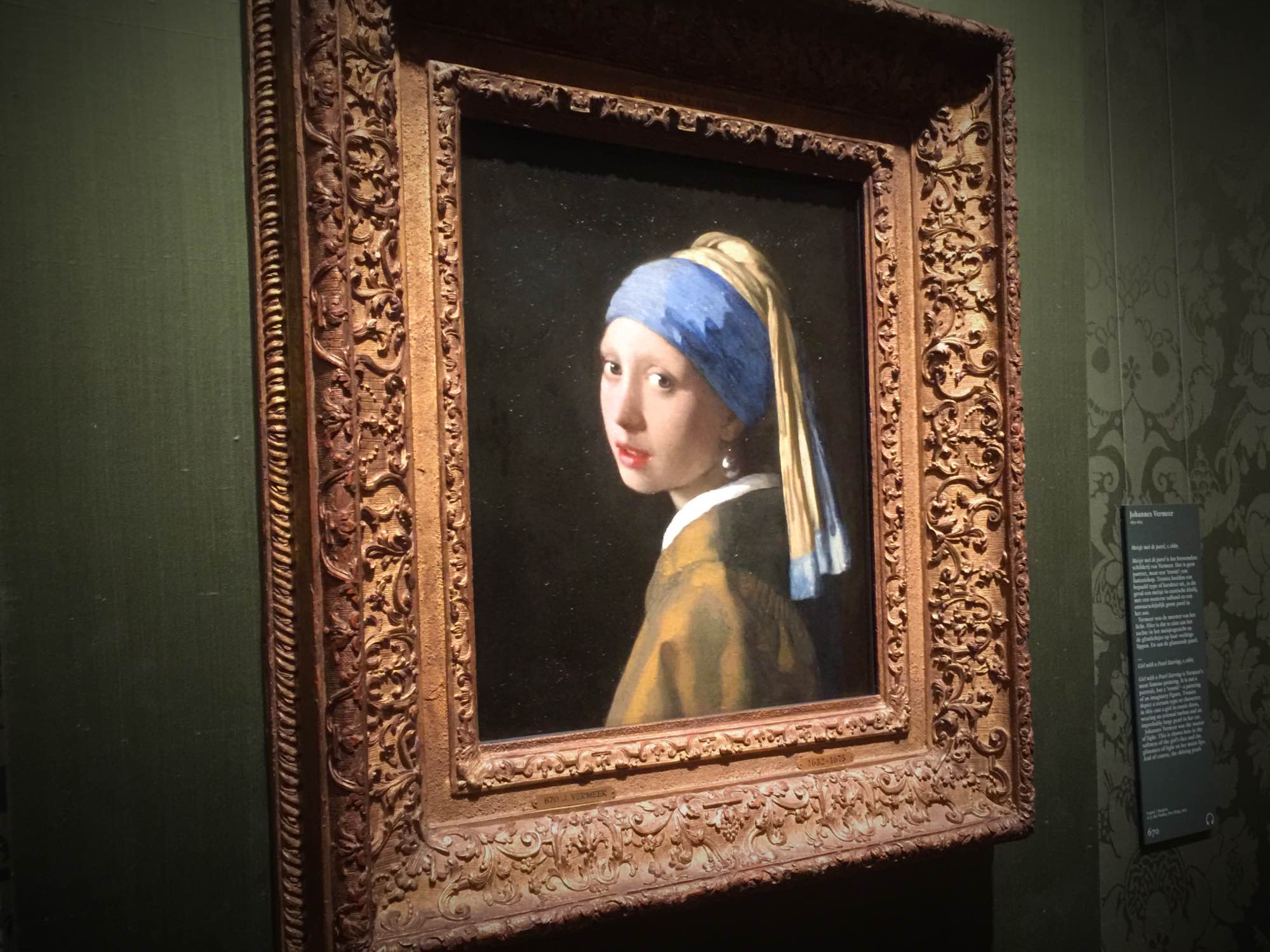